You want a partner for the long run. Since 1926, we’ve had an unwavering commitment to supporting educators like you.

1Your Success Is Our Mission

What this means is that we focus on flexible solutions tailored to your specific classroom needs. We strive to help you break down learning barriers; create dynamic, inclusive classrooms; and generate long-term success for your students.

The year was 1926. William Keay, the superintendent of Logan Public Schools (Iowa) and his wife, Valborg, a high school math teacher, were talking about the high cost of school forms such as report cards and attendance forms. William decided to ask some fellow superintendents to partner with him on printing these forms and share in the cost savings, but no one took him up on the suggestion. So, with $10 in start-up money and a small loan from the local bank, the Keays decided to print sample forms and mail them to nearby schools. The schools were interested, and the Keays were in business. The Perfection Form Company began.

During their first years in business, the Keays expanded into tests. Since Valborg taught high school math, this seemed to be the logical first step, and so she developed the first Geometry test. From high school math tests, they expanded into literature, which they both loved. The literature tests turned out to be a big hit with teachers, since they saved time. Suggestions for new tests came in and soon the company had dozens of tests for popular and classic novels.

When the Great Depression hit in 1929, William lost his job with the school and began devoting his time to the family business. Sales grew to nearly $10,000 despite the slowdown in the economy. Then, in the early 30s, school orders began to dwindle as the Depression took its toll on school budgets. The local bank failed and the Keays lost their savings. Still the Keays held on to the struggling business with their children helping with the mail and filling orders.

As the Great Depression gave way to World War II, the Keays continued putting in extra hours to keep the business operating. William joined the American Red Cross and Valborg continued to teach math and science at Logan High School. Even with minimal advertising, customers remained faithful to the popular line of literature tests.

After the war ended, business began to gradually pick up. In 1951, though, tragedy struck when William was killed in a car accident. For the next eleven years, Valborg ran the business alone from her home in Logan with some part-time assistance. Even then, she always made time for a coffee break during the day – her saying was “if you’re too busy for coffee, you’re just too busy.” Thanks to her patience and good business sense, the business began to overrun her entire home. Boxes filled the basement, product took over the first-floor bedroom, the desk sat on the back porch, and the dining room table was “order-filling central.”

Through the 1950s, Clint Keay, the youngest of the Keay children, continued to help his mother out with the business whenever he could. By 1962, Clint and his wife Charlene decided to take a chance on Perfection Form Company. So, Clint left IBM in Duluth, Minnesota, and he, Charlene, and their two young sons, Steven and David, moved to Logan.

Clint expanded the literature test line and added posters and other teaching aids for language arts classrooms. In 1965, Clint bought a building which had previously been an auto repair shop and creamery, to house Perfection Form Company’s order filling. Dissatisfied with the quality and cost of printing he was receiving, he invested in a Chief 17 offset press and Perfection Press, a sister company, was born.

Fueled by new products and the Johnson administration’s Elementary and Secondary Education Act, the company began a long stretch of growth. In 1968, orders began to come in for popular novels even though the company did not advertise them. Clint quickly responded by working with major publishers to begin distribution of trade books into schools. The combination of literature tests, resources, and novels quickly became a mainstay for secondary language arts departments across the country.

As the business grew, Clint hired a former English teacher from the Des Moines Public Schools (Iowa), Wayne DeMouth, to lead new product development. By the mid-1970s, the small Des Moines-based editorial team created vocabulary programs including Vocabu-Lit®, high-interest/low-level reading series including Passages, and several grammar and writing programs. In the late 1970s, the company launched Cover Craft® books – hardcover versions of paperbacks with a lifetime guarantee. Throughout all the changes, Valborg remained active and engaged in the company until shortly before her death in 1977.

Through the 1980s and early 1990s, the company continued to focus on literature-based resources and expanded into elementary schools; classroom libraries; and an expanded selection of hi/lo readers, writing, and grammar programs. By this time, it was clear that Perfection Form Company needed a name change. On July 2, 1991, Perfection Form Company officially changed its name to Perfection Learning® Corporation.

In 1989, Clint and Charlene’s oldest son, Steve, joined the board of the company. During his time on the board, Steve worked as a consultant for McKinsey & Company in their Chicago, Illinois, office. By 1997, Steve and his wife Suzanne were ready to make a move, so they packed up their three young children—daughters Katrina and Rebecca and son Michael—and moved to the Des Moines area.

Over the past two decades, Perfection Learning® has built on its unique position in the market through both extensive internal product development and acquisitions. Some notable acquisitions include:

Perfection Learning’s AMSCO® Advanced Placement® editions are used by hundreds of thousands of students each year for social studies, English, and math AP® courses. Print, digital, and blended solutions for literature, language arts, and math help students across the country become self-directed learners. And we continue to listen and learn from our customers, leading educators, and technology innovators for ideas that will bring easy-to-use, flexible solutions with real results. Our dedicated team and international network of wholesaler, distributor, publisher, and online learning partners are focused on bringing the best to K–12 schools wherever they are located. 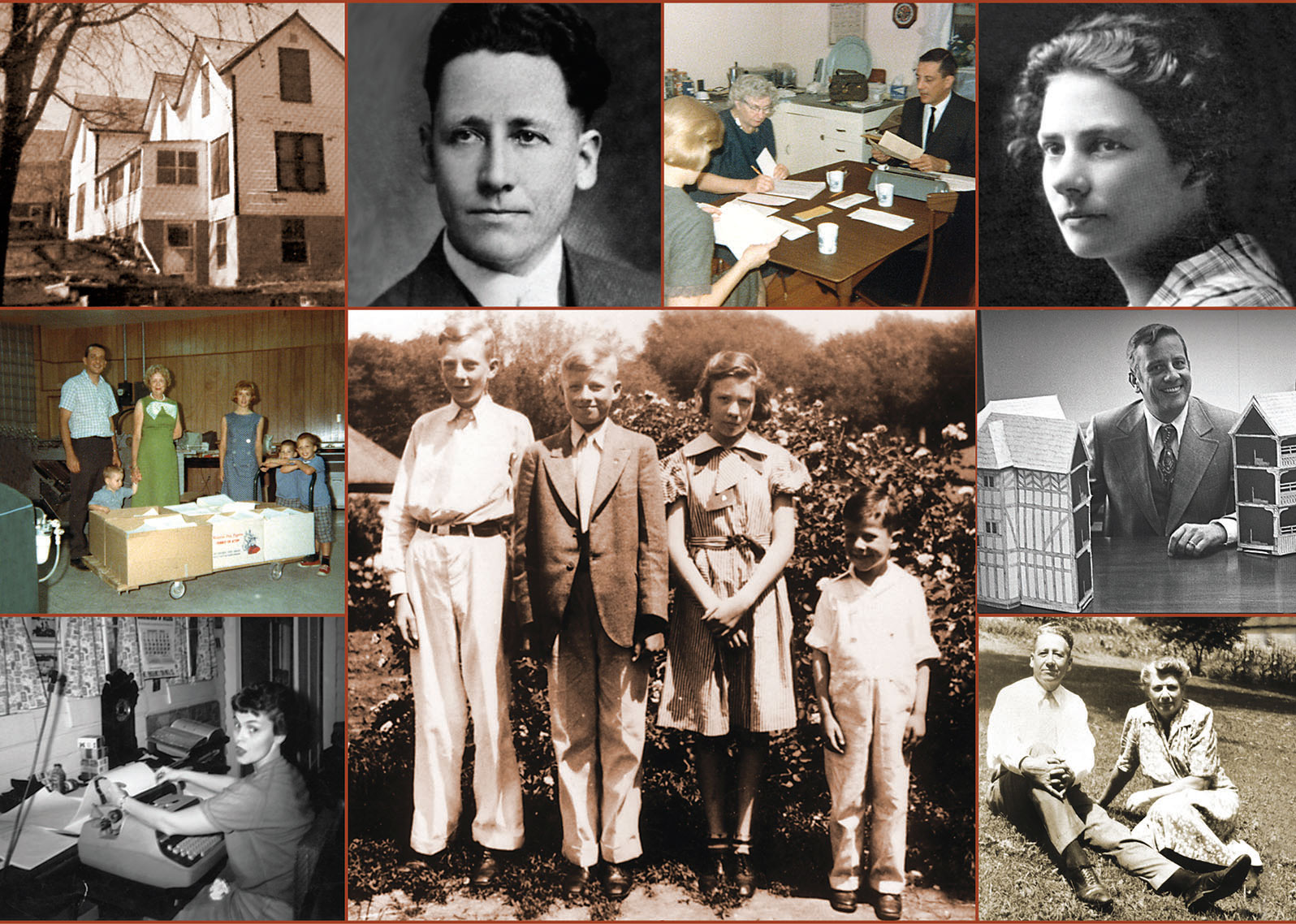