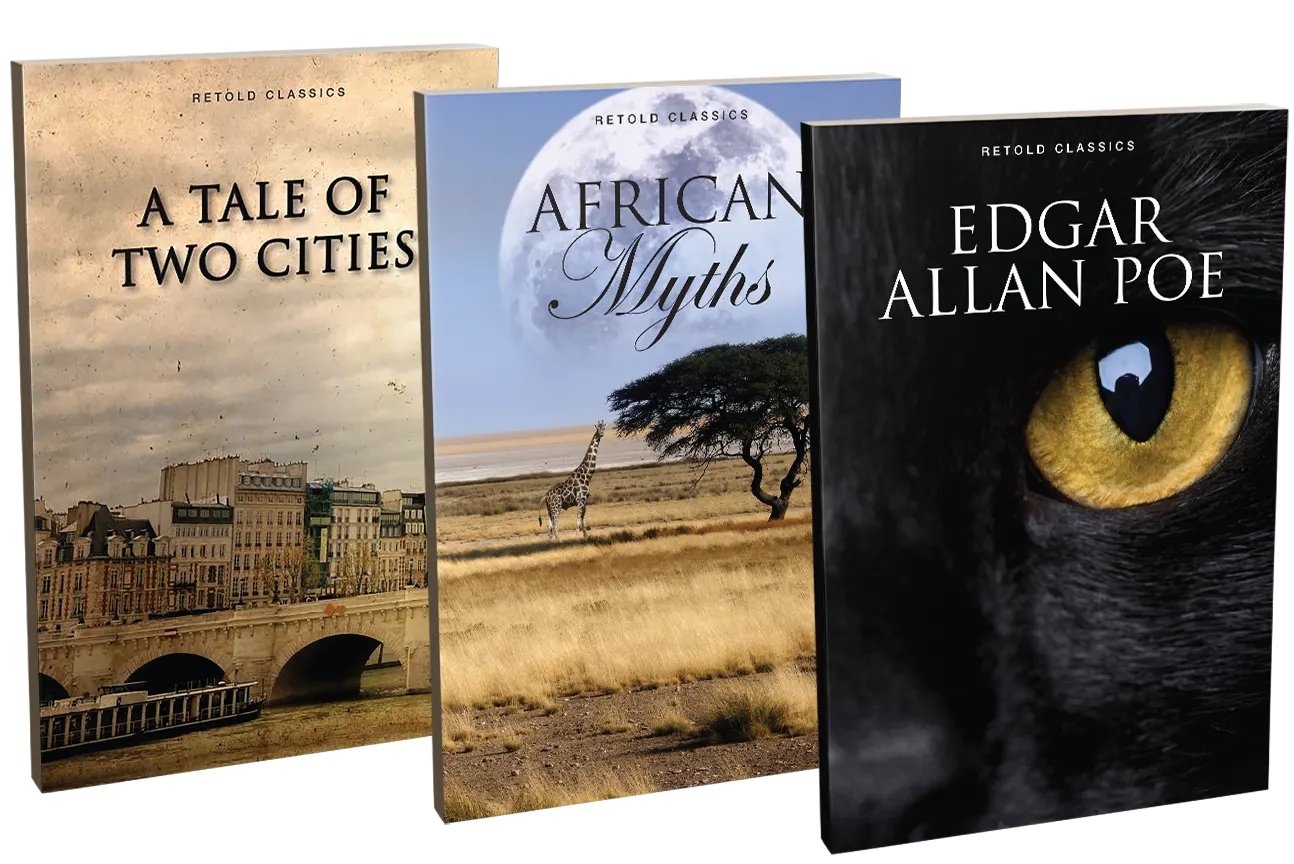 Adapted cultural tales and classic literature to support your curriculum

The Retold Classics, Myths, etc. have been favorites, especially with my reluctant readers.

Because trade books offer a wide variety of reading levels, interests, content areas, and cultures, they are one of the most powerful tools for meeting the needs of a variety of students.

Titles in This Program 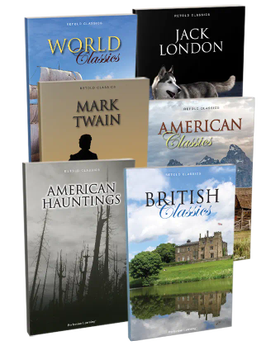 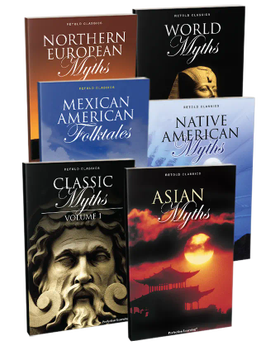 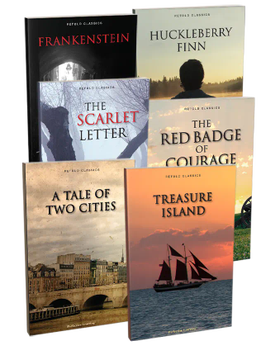 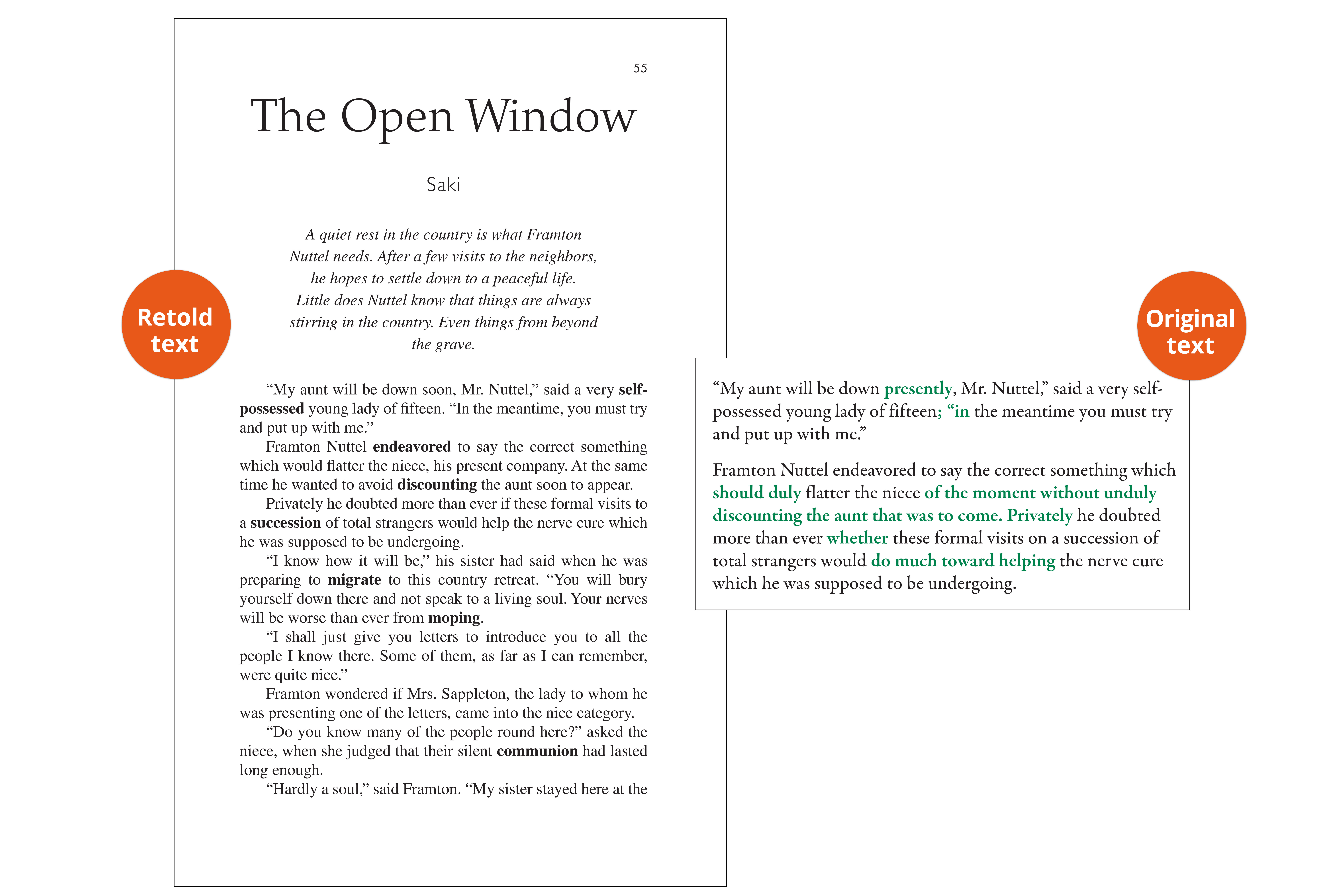 All purchases include access to title-specific teacher resources that can be downloaded and printed! Teacher resources include over 30 reproducible activities to develop skills in reading, writing, vocabulary, and literacy.

American Hauntings
"The Queen Mary," "A Mansion Built for Ghosts," "The Legend of the Silver Doe," "White House Ghosts," "The Bell Witch," Ocean-Born Mary," "The Lalaurie House," and "The Gray Man."

Edgar Allan Poe
"The Pit and the Pendulum," "The Tell-Tale Heart," "The Purloined Letter," "The Oval Portrait," "The Premature Burial," "The Cask of Amontillado," "The Facts in the Case of M. Valdemar," and "The Black Cat."

Jack London
"To Build a Fire," "Demetrios Contos," "The Minions of Midas," "A Relic of the Pliocene," "A Raid on the Oyster Pirates," "The Story of an Eyewitness," "Brown Wolf," and "The Shadow and the Flash."

O. Henry
"Memoirs of a Yellow Dog," "The Ransom of Red Chief," "The Complete Life of John Hopkins," "A Retrieved Reformation," "The Last Leaf," "The Hypotheses of Failure," "Mammon and the Archer," and "The Gift of the Magi."

African-American Folktales
Includes 14 stories arranged in four categories--Friendship, Tricksters, How and Why, and Right and Wrong.

African Myths
Includes 18 selections in six categories--Creation, Death, Gods and Mortals, Tricksters, How and Why, and Right and Wrong.

Classic Myths, Volume 1
Includes Prometheus, The Twelve Labors of Heracles, Circe and Odysseus, Aeneas' Trip to the Underworld, The Follies of Midas, Cupid and Psyche, and Jason and the Golden Fleece.

Classic Myths, Volume 2
Includes The Theft of Persephone, Odysseus and the Cyclops, Achilles and Hector, The Trojan Horse, Orpheus and Eurydice, Oedipus, Antigone, and Perseus.

Mexican American Folktales
Includes legends and stories from Southwestern and Mexican folklore in four categories--Ghosts and Hauntings, Tricksters, Romance, and Right and Wrong.

Northern European Myths
"Sir Gawain and the Green Knight," "Thor the Bride," "The Death of Balder," "Siegfried," "Beowulf," "The Boyhood of Cuchulain," "Manawydan," and "The Death of King Arthur."

World Myths
"The Death of Osiris," "The Twins' Visit to the Underworld," "Finn MacCool's Revenge," "Izanami and Izanagi: A Creation Story," "Rama and Sita," "Lindu's Veil of Stars," "Bao Chu's Search for the Sun," and "Gilgamesh."

Interested in more info about this program? Request a sample at the link below.

Request a Sample of Titles in This Program